Epilog Lasers has been in business since 1988 and have worked hard to become the leader in the laser engraving, cutting and marking industry. Epilog is a world renowned innovator and a problem solver in their field. Epilog is committed to designing and manufacturing the highest-quality laser systems, at their headquarters in Golden Colorado.

Epilog’s original concept was to bring CO₂ laser engraving systems to both commercial customers, small business owners and the home craftsman, but they certainly didn’t stop there. Over the years Epilog developed larger, more powerful CO₂ laser systems and in 2006 they expanded their product line to offer the FiberMark, a system that allows for permanent marking on all types of metals.

In 2008, Epilog launched the industry’s first low-cost entry-level CO₂ laser engraving system, the Epilog Zing Laser, to bring Epilog’s technology to an even wider audience. Today Epilog Laser systems are used around the globe in a myriad of markets for seemingly endless applications. Epilog have been in the laser business longer than anyone else and it shows – from creating the first laser to “print” directly from CorelDraw to designing the first rotary attachment, to marketing the first large-format table, to manufacturing the first 100-watt laser, Epilog is known for implementing useful features that enhance customers’ ability to work more efficiently and gain higher profits.

The first galvo laser system that can laser mark over a large work area without compromising engraving quality or requiring product indexing. The G2 is an air-cooled, pulsed fiber laser that engraves at remarkably fast speeds.

Epilog’s small format, high-quality engraving line. Perfect for everything from home use to starting a business, the Epilog Zing Laser features high-quality engraving, at the low cost for which you’re looking. Whether you’re looking for your first laser to start out in the engraving and cutting industry, or adding a second laser to your line, the Epilog Zing is a great choice with its excellent engraving quality and low price.

An entry-level model in our Legend Elite Series, the Mini 18 provides an 18″ x 12″ (457x305mm) work area, but with the highest-quality engraving. If you’re looking for a machine loaded with features that also comes at a low price, then the Epilog Mini 18 is exactly what you are looking for. Available in 30 and 40-watt configurations.

Your solution for etching and marking all types of bare metals and plastics. Print to the laser directly from any graphic software program for easy job setup, and etch an entire table full of parts at one time. Directly engrave on most metals, mark engineered plastics with your logo, or etch barcodes, serial numbers, and images. 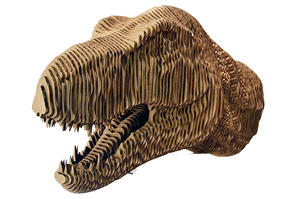 Call us today and see for yourself!

We Are Lasers is a division of the Mitas Corporation